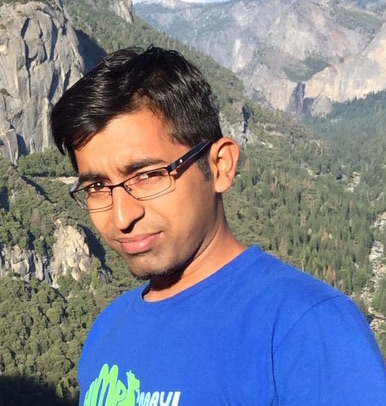 Yelp is powered by more than 250 services, from user authentication to ad delivery. As the ecosystem of services has grown since 2011, performance introspection has become critical. The tool we chose to gain visibility was Zipkin, an open source distributed tracing framework. Since most of our services are built with Pyramid, we built instrumentation for Zipkin called pyramid_zipkin and a Swagger client decorator, swagger_zipkin. Below, we walk you through how we use these powerful tools at Yelp and how you can leverage them for your organization.

Why Distributed Tracing is Critical in an SOA Environment

If you get an alert after a deployment that the average timing for a particular endpoint has increased by 2-3x, how would you start debugging this? For us, we rely on distributed tracing. Distributed tracing is a process to gather timing information from all the various services that get invoked when an endpoint is called. In the diagram below, we can see that out of a total ~1.8s, 0.65s were consumed by one service, allowing us to investigate further. As more services get called, this becomes immensely helpful in debugging performance regressions.

Another benefit of distributed tracing is that it helps service owners know about their consumers. Using aggregation and dependency graph tools, the service owner can check which upstream services rely on them. When a particular service wants to deprecate their API, they can notify all their consumers about it. With tracing, they can track when all traffic to the deprecated API stops, knowing it’s safe to remove the API.

To understand distributed tracing we first need to cover some terminology. There are two key terms that need to be explained:

As shown in the diagram above, a span lifetime starts with the request invocation from the client (Service A) and ends when the client receives back the response from the server (Service B).

To create a full featured trace, the system needs to ingest proper span information from each service. The four necessary points to build a span, as seen in the diagram above, (in chronological order) are:

Zipkin provides a nice UI to visualize the traces and have them sorted by conditions like longest query, etc. At Yelp, we use Kafka as the primary transport for Zipkin spans and Cassandra as its datastore.

These components are explained in more detail in the Zipkin docs.

One critical component to the system is the tracer. A tracer gets hooked into a service (which is to be traced) and its responsibility is to send the service trace information to the Zipkin collector while making sure it does not interfere with the service logic and does not degrade service performance.

Openzipkin/zipkin provides tracer support for various languages like Scala, Java and Ruby, but currently not Python, which we use extensively. There is a third party tracer available for Django but we wanted a solution for Pyramid so we implemented a Pyramid Python tracer which integrates with our services and sends data to Zipkin. The tracer is called pyramid_zipkin.

Most of our services run on Pyramid with uWSGI on top for load balancing and monitoring. Pyramid has a feature called tweens, which are similar to decorators and act like a hook for request and response processing. pyramid_zipkin is a tween which hooks into the service and records SR and SS timestamps to create a span. A span will be sent to the collector based on two conditions:

Before getting into how we record client side spans, let’s explain how we connect Zipkin spans. This is done by sending span_id and trace_id information in each request’s header. We do this with the help of our open source package swagger_zipkin.

Most of our services have a corresponding Swagger schema attached to them. Services talk to each other using our in-house Swagger clients, swaggerpy (supports schema v1.2) and bravado (supports schema v2.0). swagger_zipkin provides a decorator to wrap these clients which enables sending zipkin-specific headers with requests. Behind the scenes it calls pyramid_zipkin’s API to get the necessary header information. More details are available in the documentation.

It might seem obvious that the client spans (CS and CR) can easily be recorded by swagger_zipkin since it is already used to decorate the client calls. However, using swagger_zipkin can lead to incorrect numbers when the request is made asynchronously, where the response is stored as a non-blocking future. The client may ask for the result from this future at any point which could be five or even ten seconds after the response was actually returned back by the server. The decorator will include this waiting time in the CR resulting in misleading numbers.

We need a way that’s not dependant on whether the call was made by a synchronous or an asynchronous client. We leverage our SmartStack setup to get the correct CS and CR numbers. All of Yelp’s services are on SmartStack which means an upstream service connects to localhost with the port number assigned to the downstream service. A local HAProxy listens on this port, which then forwards the request to the actual machine hosting the service. Conveniently, HAProxy can be configured to log requests and include relevant headers, timestamps, and durations. Thus by parsing HAProxy logs, we find CS (origin timestamp) and CR (origin timestamp + time taken for response) and send client span directly to the collector.

As discussed earlier, to complete the infrastructure we need to deploy the three Zipkin components (collector, query and web). These are deployed as PaaSTA services (more). This part was relatively simple as Zipkin already provides Dockerfiles for each of these components. PaaSTA can read these Dockerfiles and launch the containers.

This blog post gave an overview about Zipkin as a distributed tracing tool and how Python services can be integrated with this system. Zipkin is still under heavy active development thanks to its healthy open source community. We are trying to improve its Python support to be more powerful and friendly to work with. We built pyramid_zipkin and swagger_zipkin for this purpose. Go check them out!