This summer, our interns spent their weekdays in downtown San Francisco alongside full-time engineers developing some of Yelp’s latest releases: mobile reviews, Yelp’s launch in Brazil, and others still in the works. Mark M. and Olivia G., interns from our mobile and community teams, shared a little about their projects. Though rivals on their college campuses, our Cal and Stanford interns put aside their differences to engineer some really neat stuff. 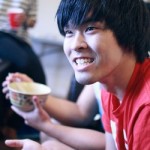 “I spent the summer creating an entirely new framework built around data analytics. My tool allows us to visualize and analyze critical user flows within our mobile apps and perform and monitor A/B tests. The most exciting part of this project was that I was allowed to work on the full stack from start to finish. From using mrjob (Yelp’s open-source map reduce framework on Hadoop), to collecting and parsing the important information, to building an entirely new front-end interface using javascript frameworks such as Angular.js, and D3, my project definitely taught me a lot about different technologies! One of my favorite parts about Yelp is that the interns don’t feel like interns, they feel like full-time engineers. I felt like a full-time engineer because of the large scope of my project and because of how autonomous I was allowed to be in deciding the technical design and implementation of the tool. After I gave a quick technical talk about my project to the entire engineering department, there was interest from many of the different teams at Yelp to integrate their metrics projects with mine. I could immediately tell that the project I had been working on was extremely useful and will continue to make an impact in the future.” 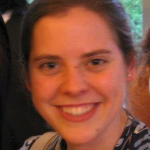 “I joined the Yelp team on April Fool’s Day 2013 and was, respectfully, only mildly pranked on that first day. Luckily, my internship offer was not a joke, and I quickly settled into our team project to revamp The Weekly Yelp. The Weekly Yelp is a fun newsletter that gets sent to over 100 distinct markets, nearly half of which are international, and reaches millions of subscribers., Our project sought to improve every step of providing the content, from the way our data was structured and stored, to how featured content was selected and presented, to the process by which the emails were queued, rendered, and sent. In my six months on the team, I have been able to help on this project, from creating a new repository for our code right at the outset, to one of the final essential tasks of wiring up the email template and queueing them to send to our subscribers. A few takeaways from this project: deciding on naming conventions is hard, but worth it; fit the use cases of the past, but don’t let old code restrict your thinking; and designing a flexible structure will not only help future users but may also help you during development, as decisions are made and changed. I have loved making concrete progress on The Weekly Yelp project every day and have loved working with such a supportive team and company. But watch out for darts!”