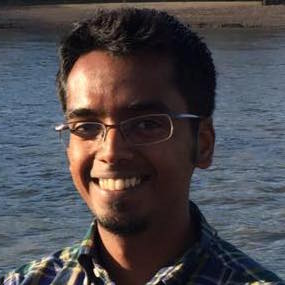 To an outsider visiting the Yelp offices last month, it would’ve been quite a fascinating sight. People were huddled around whiteboards brainstorming the next killer idea. Floors were lined up with copious fresh fruits, snacks and catered gourmet food. And most noticeably, our all-hands space was transformed into a Jurassic World-like set complete with inflatable dinos, prehistoric plants and laser guns to shoot down malicious targets. Welcome to the 17th edition of our internal Product & Engineering Hackathon! 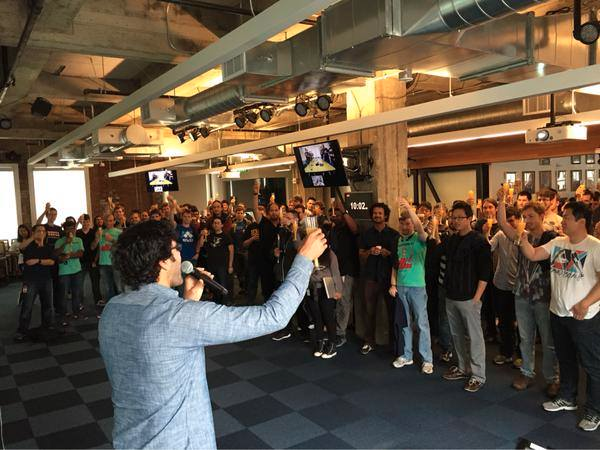 Our SVP of Engineering kicks off proceedings with a Mimosa Toast

Engineers, product managers and designers across all of our offices came together to produce more than 80 projects over the course of 2 days. From constructing an electronic circuit that could deploy web applications (yes, it works!) to inventing a programming language based on quotes from Seinfeld (yes, it compiles!), projects spanned themes ranging from hardware hacks, cool visualizations of Yelp’s rich dataset, killer developer productivity tools and even creative photo, music & videography experiments.

Clockwise from left : Projects on display during our science-fair style exhibition; Playing with lasers in our jurassic arena (no dinos were harmed in the making of this :P); Food, coffee, hacks and smiles; It’s tea-time!

On the creative side, a team comprising of Rachel Z., Jen W., Luis F., Tim K., William T., Vanessa S., Michelle L. and Zeke K. decided to capture the look and style of Yelp Engineering. What started off as a casual discussion about our distinct schools of dressing styles evolved into a full-fledged online lookbook.

The lookbook team busy at work

To realize their vision, the team needed photographers, photo editors, set managers and copywriters. The team rented studio lights and softboxes, and set up ad-hoc studios to capture photographs both inside our office and outside on the street. Once the photos were edited and the funny taglines were crafted, the team put together a sleek lookbook website using Node.js hosted on Heroku.

On the other side of the spectrum, team comprising of Arnaud B., Buck G. and Kaisen C. tried to solve a nasty, old problem in software engineering: dead code. Large and complex production codebases maintained over several years by numerous developers often run the risk of leaving behind dead code and this dead code can be incredibly hard to find and eliminate.

The team came up with an ingenious solution to this problem. They wrote a service that compares the set of functions which appear in aggregated cprofile data from production (Yelp profiles a small percentage of all requests, and aggregates them by leveraging AWS) with the ones defined in our codebase. If some functions defined in Yelp’s codebase don’t appear in recent production profiles, they get flagged as “dead” and become candidate for deletion. Die dead code! Die!

Are those creative juices flowing through your head right now? Why don’t you come join forces as we embark on our next awesome Hackathon this winter!