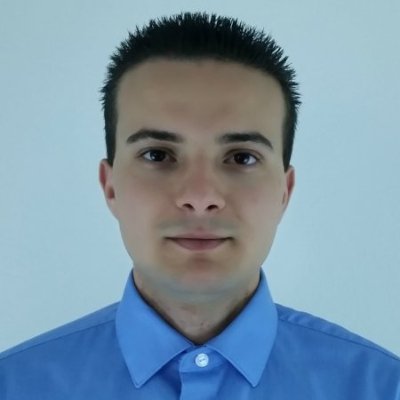 One hundred days ago we launched Yelp’s public bug bounty program on HackerOne. Since launching the program, we received over 564 reports from 512 reporters. The distribution of the reports was as follows:

Looking back on the first 100 days of our program, we fixed 39 vulnerabilities and paid out $13,850 in rewards. We maintained less than 24 hours response time and less than 1 month resolution time. The distribution of bug-bounty payouts over time is shown in Chart 1. 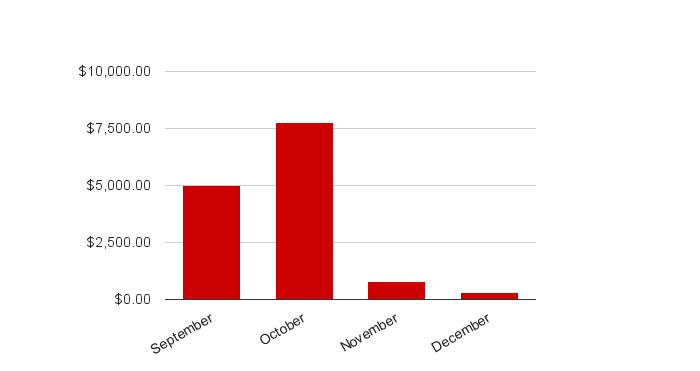 Chart 2 shows the distribution of “New” reports over time. The large volume of “New” reports in the first few days after the public launch is (anecdotally) consistent with what other companies experience with their public bug bounty programs. For instance, in the first week after the launch we received 239 out of the 361 reports received in September. 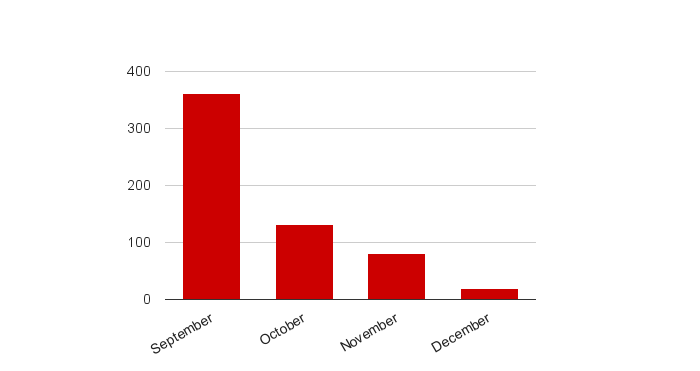 Below, we list the top three (by impact and category) bug reports from the past 100 days. All issues reported here have been fixed. The fixes were verified both internally and by the respective bug reporter.

Background: Users on Yelp can write reviews, upload images, engage in discussions, etc. Further, they can receive compliments in one of several categories (e.g., “Good Writer”, “Great Photo”, “Like Your Profile”, etc). Internally, each compliment has an id and a type.

Vulnerability: @mlitchfield analyzed this functionality of Yelp and reported a Denial of Service vulnerability at the application layer. The vulnerability stemmed from lack of proper error handling when checking compliment ids. Effectively, an attacker could crawl Yelp, collect user ids and then issue compliments to those users referencing a malformed compliment id. When the recipient of a compliment logs in, the server tries to process and notify the user of all newly received compliments since the user’s last login. However, if the server encounters a malformed compliment id, it throws an error. The error was not handled properly and hence bubbled up as an HTTP 500.

Background: Yelpers can check in and broadcast their location whenever they visit a local business. Users can subscribe to receive check-in notifications from their friends. Two users are considered friends on Yelp when they both confirm their friendship via the app.

Prior to launching Yelp’s public bug bounty program, we ran a private bug bounty program with a small number of invite-only bug reporters for approximately 2 years. The private program helped us both handle rate of “New” reports (e.g., by controlling the number of hackers in our program) and allocate enough time to systematically fix common vulnerabilities (e.g., XSS).

Chart 3 shows the distribution of reports by type in our private vs. public bug bounty programs.

The public bug bounty program has resulted in a significant increase in bug reports. Yet, our stats show that bugs have gotten harder to find and exploit.

Private programs are ideal for “testing the waters”. They help bring the Engineering and Security teams together and get them used to validating and systematically fixing new issues. The most common classes of security vulnerabilities are often found and fixed through private bug bounty programs.

Public programs (when pipelined after private programs) are great for finding remaining security loopholes. We suggest that companies open their private programs to the public only when they can devote sufficient engineering resources to resolving issues found. They should also be prepared for the high volume of reports in the first few days of the public program launch.

The first 100 days of Yelp’s public bug bounty program have been a great success. We collaborated with hundreds of bug hunters on HackerOne and as a result have made significant improvements in our bot detection, API-abuse prevention, spam identification, and suspicious user-activity detection. When compared to our private program, the public bug bounty program shows that high-severity security and privacy vulnerabilities have become harder to find. We attribute these favorable results to the issues addressed during our private program.

We’d like to thank all bug reporters for their participation in our program and helping us improve the security of our sites, apps and infrastructure. We look forward to continuing our collaboration with the security community and ensuring the security of Yelp’s users.