Beyond Labels: Stories of Asian Pacific Islanders at Yelp

We heard stories from five API Yelpers about their cultural backgrounds, identities, and thoughts on what it means to be an API in today’s world. Their stories helped us understand that identity is both multilayered and contextual, and that individuality goes beyond labels. 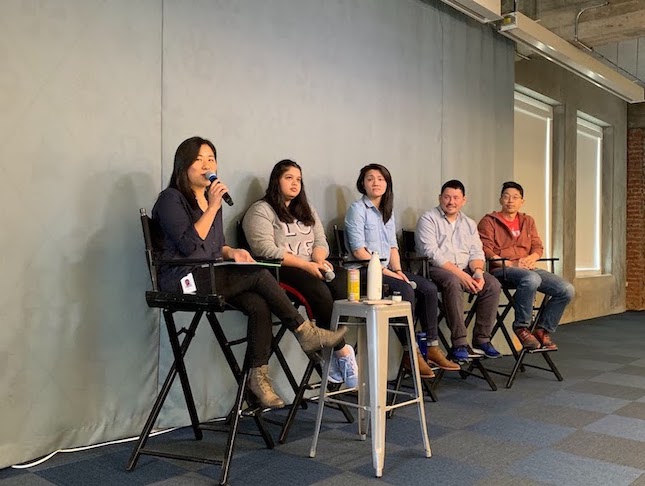 Read more from their unique perspectives below.

From a young age, I knew the concept of “home” was complicated. Like many refugees, my family called multiple countries home. My grandparents left my first home, Tibet, in the 1960s, after it was taken over by China. My second home, India, is where I was born and where I grew up, in a Tibetan refugee community. I was not automatically granted Indian citizenship, so for the first few years of my life, I was state-less, born without a country. That was until 1996, when Minneapolis became my third home. Soon after, I became an American citizen and finally officially “belonged” to a country. Growing up, this was all very confusing. I never felt like I fully fit in anywhere. It wasn’t until college that I started to accept the multifacetedness of my identity and that it’s okay to call multiple places “home.”

I moved to the U.S. four years ago to get my Master’s in Computer Science. Since then, it’s been a journey of self-discovery. When I moved from Mumbai to Boston, I always said “I’m from Mumbai, India.” Then, after moving to San Francisco, it became “I’m from Boston.” Something that has always stuck with my identity is how my immigration status defined whether I “belonged.” Whether it’s finding a job that sponsors your H-1B visa, or filling out your green card, defining who you are and whether you belong in the first place is an ongoing insecurity. It didn’t help that during grad school, every conversation I had with other international students revolved around my visa situation. The same applied to recruiting conversations with companies—I would always get questions like, “Did you get your H-1B yet? Did they file your green card already?” Once this is all said and done, I wonder if I’ll finally find that sense of belonging, or whether it’ll still be a conscious thought in my head to remind people that I belong here.

I identify as Filipino American, a person of color, and a Hapa. “Hapa” is a Hawaiian word that’s used to describe people who are part Asian and part Caucasian. Growing up in the Bay Area, I bounced around schools that had different ethnic make-ups. People often can’t tell what race I am. When I was in a predominantly Black and Latino school, classmates teased me for being “white.” When I was in a mostly white Palo Alto public school, classmates teased me for being “Japanese” because they didn’t know what race I was. I felt like I was between worlds because I didn’t pass for white yet often didn’t feel Filipino enough. Learning about different racial identities in college was pivotal for me. I have a liberal arts background, and my education really helped me learn about other Asian Americans’ experiences, the history of racial violence in the U.S., and anti-miscegenation laws. This helped me gain more of a sense of shared history. Most importantly, this empowered me to feel more ownership over my opinions of my own racial and cultural identity.

From my last name, you may assume that I’m Vietnamese; I’m actually Chinese. My family immigrated from China to Vietnam (and later to the U.S.), and in order to blend in, my paternal grandfather changed our last name. My family is a mix of Chinese and Vietnamese cultures. At any given family gathering, you can hear English, Cantonese, and Vietnamese—all within the span of a couple minutes. I grew up in a primarily Latinx/Black/Samoan/Fillipino neighborhood in the East Bay. When I was younger, I had an idea of what being a “cool Asian” entailed, and Chinese people weren’t necessarily portrayed in this light. So I actually wished I were Fillipino, just like the cool kids in school. Now, as an adult living in the Bay Area, I feel I’m actually quite privileged. There’s a large Asian American population here, and I don’t have to think about my cultural identity very often. Interestingly, I find I have to think more about my gender and sexual orientation and how these parts of my identity show up in my personal and professional life.

I grew up near Arcadia, California, in a community with many other Asian Americans. Most of my classmates in public school were like me—our parents immigrated here, and we were born here. I can speak three dialects of Chinese (poorly): Mandarin (which I learned through lessons), Cantonese (which my parents speak at home because they grew up in Hong Kong), and Wenzhounese (my grandparents’ dialect). Throughout college I became more aware of my Asian identity, but didn’t seek out opportunities to explore it. Early on in my career at IBM, one of my managers sent me to an Asian leadership development program. In retrospect, it was one of the first times I became aware that leadership comes in many forms. I’m very much aware of the fact that I’m often the only (or one of the few) Asians in leadership settings. It’s important to me to be a role model for others so that they know there are paths to these roles.

What ties all of these stories together is a sense of belonging that impelled us to redefine our identities on our own terms. Finding the right communities and support groups was critical for our journeys of self-discovery. The process of preparing for this panel was in itself extremely empowering, as it allowed us to dig deeper and reflect on what makes us who we are. Opportunities like these provide a platform to learn about others’ experiences and to realize how much representation influences our lives. It’s important to remind ourselves that sharing these stories makes us stronger and is an important part of cultivating community.

Want to be a part of the dialogue? Here are a few steps you can take right now!