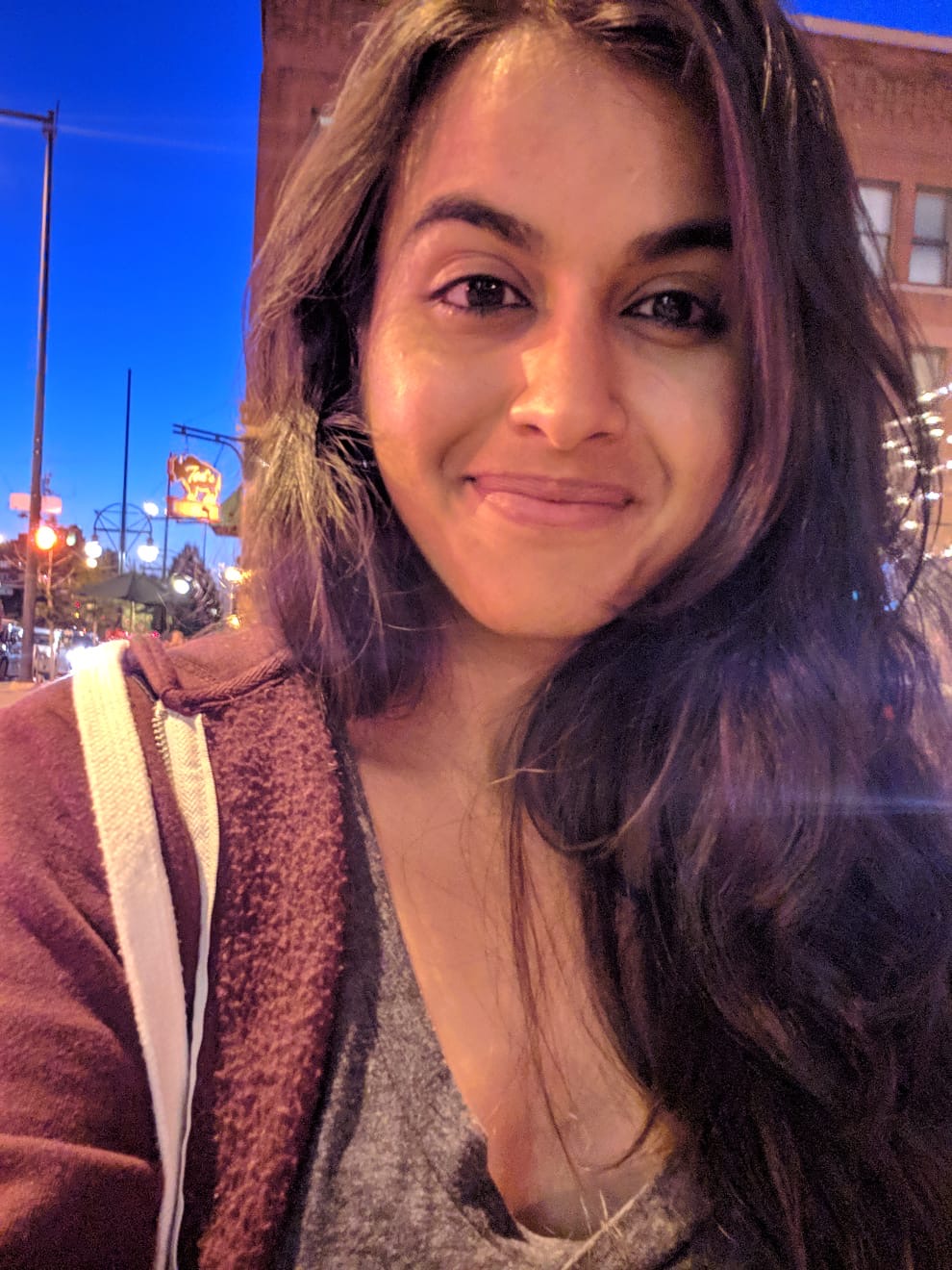 Last October we sent a group of Yelpers to the 2019 Grace Hopper Celebration! Here are a few takeaways and reflections from some of our attendees. 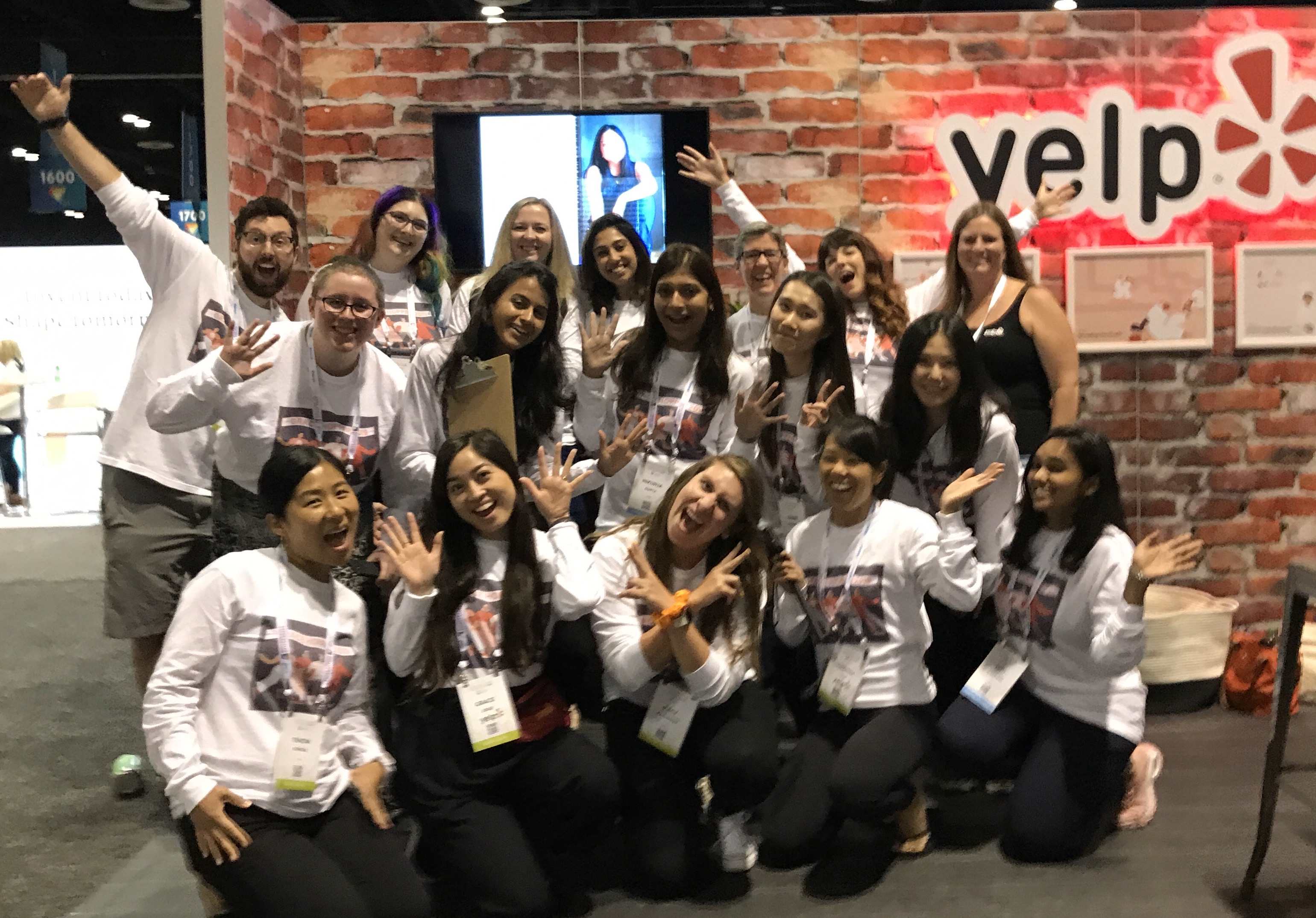 What was your favorite session?

Surashree: Honestly, it’s hard to choose, but the one that stuck with me was the talk by Jackie Tsay and Matthew Dierker on Google’s Smart Compose, the Gmail feature that helps people write emails faster by auto-completing sentences. It was interesting to learn about inherent biases the earlier versions of the model had, and the engineering decisions that went into combatting those. The speakers also talked about some of the feedback they received; one that was especially moving was from a non-native English speaker who was happy to have a feature that would make writing emails in English easier.

Clara: Definitely the talk on AI Meets Creativity by Dr. Pinar Yanardag. It was fascinating how she analyzed the way AI algorithms can actually inspire the creative process. She shared an example of an algorithm that analyzed dress patterns and generated a pattern that a fashion designer went on to create. She also shared examples of how this could work for graffiti art, pizza recipes, and even making perfume. The talk was not only visually compelling but also made me think a lot more about how AI can actually help boost creativity rather than stifle it.

Anna: One of my favorite sessions was FarmBeats, Microsoft’s AI and IoT system for agriculture by Zerina Kapetanovic. She first described the challenges in setting up “smart” data-driven agriculture, including low rural internet connectivity, electricity access, and the high cost of sensors. She then walked us through creative solutions for each problem, ranging from clever uses of solar panels to dangling smartphones from balloons to approximate drone footage. It was inspiring to see how this collection of workarounds and approximations came together into a coherent and precise solution.

A recurring theme throughout many of the sessions I attended was how AI can enhance human capabilities by putting better tools in more people’s hands. AI enables us to get great results even in uncontrolled situations or where precision hardware isn’t available. The FarmBeats talk, described above, demonstrates this in the field of agriculture. I’m excited to see what specialist tools AI will make commonplace in the future.

Nikunja: I work in Security, and to see a good representation of women in this field was a welcome change. One of my favorite sessions was the interactive security game put together by three engineers working at OneMedical. The goal was to secure a fictional organization that challenged you to prioritize security projects within an ever-changing threat landscape. The session was highly interactive, informational, and most of all, extremely fun! I never anticipated that such a session could be presented at a conference like Grace Hopper, and I brought back some major takeaways to share with my team at Yelp.

What was the best career advice you received?

Surashree: My one key takeaway from the conference was the importance of standing up for yourself and others. One of the talks by the CEO of AnitaB.org, Brenda Wilkersan, and COO Jacqueline Copeland, highlighted the still pertinent issue of the gender pay gap in tech and how it isn’t enough for companies to simply hire more diverse people, they also need to create an environment where all groups feel supported. One of our mottos here at Yelp is “Play well with others,” and this talk reminded me that the confidence we have in our daily lives comes from a certain level of privilege that we have to recognize.

Catlyn: Don’t be ashamed to ask for more. According to one of the execs from Uber, women ask for less than their worth during the hiring process, resulting in a skewed sense of self-evaluation. We also tend to refrain from responsibility unless we’re certain we’ll be the perfect candidate for the role. But no one’s perfect and it’s okay to figure things out along the way. You’ll never be 100% ready, so why not just seize the opportunity and enjoy the challenge!

What advice would you give a first-time attendee?

Surashree: Be prepared to be totally overwhelmed! There are some things you can do to make your life easy during those three days—download the app, check your schedule every day, carry a bottle of water, talk to as many people as possible, and attend as many talks as you can. But really, the sheer size of the conference and the activity around you will be hard to take in at first. Our recruiting team does a wonderful job of organizing, so our job as attendees is really to just make the most of the GHC experience.

Nikunja: I feel that however much you prepare, in the end you’ll still feel overwhelmed and unprepared, so my number one suggestion is to go with the flow once you’re there. Having said that, it’s absolutely essential to do some prep before going, like organizing your schedule (pre-registering for sessions and having a good balance of booth duty and conference talks). Also, try attending a mix of sessions! GHC is unique in that it has so many different tracks in one place, so take advantage of it.

Anna: Take travel time into account when signing up for sessions! The conference center is half a mile long, and you don’t want to miss a session or show up out of breath due to poor planning.

What was your most memorable moment?

Surashree: My most memorable moment came right at the beginning of the conference: the keynote by Aicha Evans, the CEO of Zoox. An immigrant from Senegal, her life went from one of domestication to now being the CEO of a company that’s building the next generation of autonomous cars. Her story was soft, gritty, and inspiring—all at once. Her question, “Whose genius are you going to ignite?” highlighted the importance of mentorship and giving back, something I believe we do very well here at Yelp.

Clara: The closing keynotes with the DJ playing! It was such a fun atmosphere and a great way to close out the conference by hearing from so many amazing women doing innovative things in their industry.

Nikunja: To be honest, this is a tough one, as the whole experience was very memorable in itself. However, there’s one that takes the cake. The conference has several award categories; one of them is the Student of Vision award, which was given to Jhilika Kumar, an undergrad student at Georgia Tech. At such a young age, Jhilika is the founder of AxisAbility, an organization she started to help the lives of differently abled people. Her passion for this cause stems from personal experience. Her brother faced so many challenges in his youth, and she wants to help him and others like him lead a better life. Her video, speech, and determination left so many people inspired, and showed us that no matter how young you are, you can create change.

Why should one go to GHC?

Clara: Honestly, at first I was skeptical about going to GHC as a product designer since I always thought it was a conference for software engineers. However, once I was there I realized how impactful it is for any woman working in the tech industry. I not only learned about new technologies, but also got the chance to be inspired by and network with other women in my industry. I was also surprised by how many people came by the booth looking to talk specifically with me since they knew Yelp had sent a product designer, which apparently not many other companies had. In general, it’s a great opportunity for everyone—product designers included!

Catlyn: It was a great experience to be surrounded by so many brilliant women engineers who either are or once were facing the same career challenges that I am right now. I felt enlightened and empowered attending the talks and chatting with others from companies all over the world. I would strongly encourage everyone, especially those early on in their career, to attend some of the workshops to help you find out what kind of path you want to pave going forward and how you can get there.

Surashree: Knowing what I know now, the biggest reason to go to GHC for me is to hear the stories from the lives of other female engineers. Working at Yelp, in the harmonious and safe environment that we have, it can be easy to overlook that not everyone has had the same advantages as myself, and not everyone’s experiences in tech have been the same. There are women who’ve had to deal with difficult situations- perhaps a toxic work culture, or misogyny in some form–and have come out stronger and brave enough to talk about it at conferences like this. So I’d say, go to GHC to learn about other people’s experiences and gain new perspectives!

Join our Engineering team and help millions of people connect with local businesses on Yelp.