Server Side Rendering at Scale

At Yelp, we use Server Side Rendering (SSR) to improve the performance of our React-based frontend pages. After a string of production incidents in early 2021, we realized our existing SSR system was failing to scale as we migrated more pages from Python-based templates to React. Throughout the rest of the year, we worked to re-architect our SSR system in a way that increased stability, reduced costs, and improved observability for feature teams.

Server Side Rendering is a technique used to improve the performance of JavaScript templating systems (such as React). Rather than waiting for the client to download a JavaScript bundle and render the page based on its contents, we render the page’s HTML on the server side and attach dynamic hooks on the client side once it’s been downloaded. This approach trades increased transfer size for increased rendering speeds, as our servers are typically faster than a client machine. In practice, we find that it significantly improves our LCP timings.

We prepare components for SSR by bundling them with an entrypoint function and any other dependencies into a self-contained .js file. The entrypoint then uses ReactDOMServer, which accepts component props and produces rendered HTML. These SSR bundles are uploaded to S3 as part of our continuous integration process.

Our old SSR system would download and initialize the latest version of every SSR bundle at startup so that it’d be ready to render any page without waiting on S3 in the critical path. Then, depending on the incoming request, an appropriate entrypoint function would be selected and called. This approach posed a number of issues for us:

The old system was based on Airbnb’s Hypernova. Airbnb has written their own blog post about the issues with Hypernova, but the core issue is that rendering components blocks the event loop and can cause several Node APIs to break in unexpected ways. One key issue we encountered is that blocking the event loop will break Node’s HTTP request timeout functionality, which significantly exacerbated request latencies when the system was already overloaded. Any SSR system must be designed to minimize the impact of blocking the event loop due to rendering.

These issues came to a head in early 2021 as the number of SSR bundles at Yelp continued to increase: 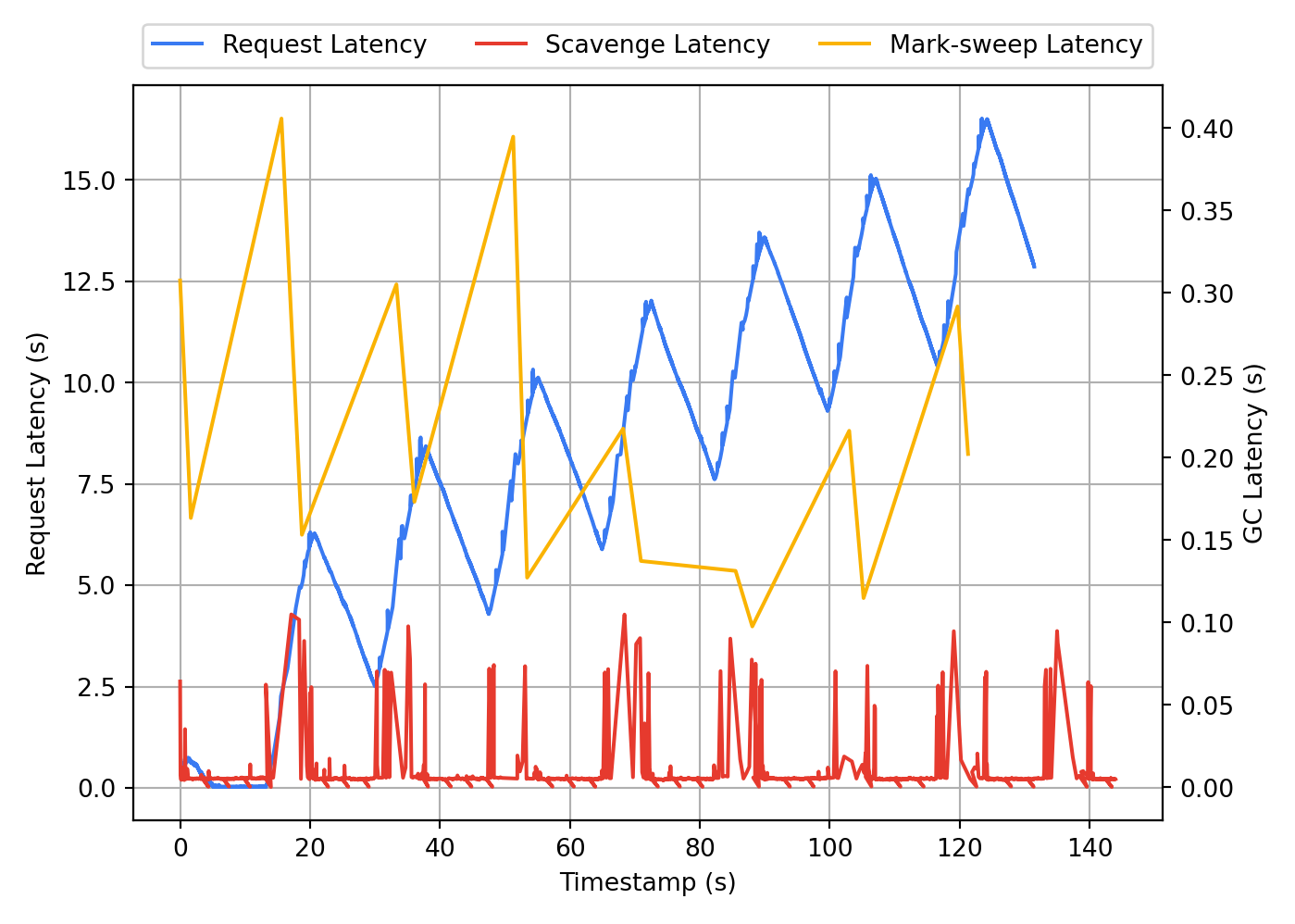 All of these issues degraded Yelp’s frontend performance and led to several incidents.

After dealing with these incidents, we set out to re-architect our SSR system. We chose stability, observability, and simplicity as our design goals. The new system should function and scale without much manual intervention. It should be easy to observe not only for infra teams, but for bundle-owning feature teams as well. The design of the new system should be easy for future developers to understand.

We evaluated several languages when it came time to implement the SSR Service (SSRS), including Python and Rust. It would have been ideal from an internal ecosystem perspective to use Python, however, we found that the state of V8 bindings for Python were not production ready, and would require a significant investment to use for SSR.

Next, we evaluated Rust, which has high quality V8 bindings that are already used in popular production-ready projects like Deno. However, all of our SSR bundles rely on the Node runtime API, which is not part of bare V8; thus, we’d have to reimplement significant portions of it to support SSR. This, in addition to a general lack of support for Rust in Yelp’s developer ecosystem, prevented us from using it.

In the end, we decided to rewrite SSRS in Node because Node provides a V8 VM API that allows developers to run JS in sandboxed V8 contexts, has high quality support in the Yelp developer ecosystem, and would allow us to reuse code from other internal Node services to reduce implementation work.

SSRS consists of a main thread and many worker threads. Node worker threads are different from OS threads in that each thread has its own event loop and memory cannot be trivially shared between threads.

When the main thread receives an HTTP request, it executes the following steps:

When a worker thread receives a request, it executes the following steps:

When the main thread receives a response from a worker thread, it returns the rendered HTML back to the client.

This approach provides us with two important guarantees that help us meet our requirements:

We used Piscina, a third-party library that provides the functionality described above. It manages thread pools with support for task queueing, task cancellation, and many other useful features. Fastify was chosen to power the main thread web server because it’s both highly performant and developer-friendly.

SSRS is built on PaaSTA, which provides autoscaling mechanisms out of the box. We decided to build a custom autoscaling signal that ingests the utilization of the worker pool:

This value is compared against our target utilization (setpoint) over a moving time window to make horizontal scaling adjustments. We found that this signal helps us keep per-worker load in a healthier, more accurately provisioned state than basic container CPU usage scaling does, ensuring that all requests are served in a reasonable amount of time without overloading workers or overscaling the service.

Yelp is composed of many pages with different traffic loads; as such, the SSRS shards that support these pages have vastly different resource requirements. Rather than statically defining resources for each SSRS shard, we took advantage of dynamic resource autotuning to automatically adjust container resources like CPUs and memory of shards over time.

These two scaling mechanisms ensure each shard has the instances and resources it needs, regardless of how little or how much traffic it receives. The biggest benefit is running SSRS efficiently across a diverse set of pages while remaining cost effective.

Rewriting SSRS with Piscina and Fastify allowed us to avoid the blocking event loop issue that our previous implementation suffered from. Combined with a sharded approach and better scaling signals allowed us to squeeze more performance, while reducing cloud compute costs. Some of the highlights include: