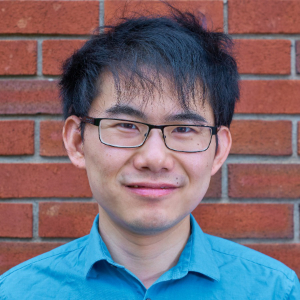 Abstract   Compared to full-scale ML, multi-armed bandit is a lighter weight solution that can help teams quickly optimize their product features without major commitments. However, bandits need to have a candidate selection step when they have too many items to choose from. Using A/B testing to optimize the candidate selection step causes new bandit bias and convergence selection bias. New bandit bias occurs when we try to compare new bandits with established ones in an experiment; convergence selection bias creeps in when we try to solve the new bandit bias by defining and selecting established bandits. We discuss our strategies to mitigate the impacts of these two biases.

We have many multi-armed bandits running at Yelp. They help us select the best contents we show on our webpage, choose the optimal ad rendering format on our app, and pick the right channel and timing to reach our users and business owners.

We typically use the Thompson Sampling method. Thompson Sampling is a Bayesian method that combines the domain knowledge we have via prior distributions and the real-world observations we collected for each arm. It is easy to understand for broader audiences and simple to implement. It also introduces noises throughout the day even though our bandits are typically updated nightly. Compared to its alternatives, research has shown that it performs better in the real world (Chapelle and Li 2011).

Because of these advantages, bandit is a sweet spot for many teams to try out before they fully commit to ML. For some applications, the bandit performance may be good enough such that teams choose to stay in the bandit world.

As with all the good things in life, bandits do not come without drawbacks. One drawback we face is the difficulty of handling too many items (the curse of dimensionality). When having too many arms, the exploration requires too much data and takes too long from a practical perspective.

When advertisers choose “Let Yelp optimize” for their advertising photos, we test different photos and learn which one gets the most clicks. Under the hood, this is achieved by a bandit system. In particular, each pull is an impression while each success is a click. We use the standard Beta-Bernoulli Bandit with K arms (K is a small fixed number). Because many advertisers simply have too many high quality images for the bandits to learn within a reasonable time window, we have a candidate selection step before the bandit.

For the illustration purpose, let’s assume the status quo candidate selection method is a rule based formula while the challenger is a light-weight model trained on some pre-computed image embeddings. Because these two approaches are quite different, they typically produce distinct top K images.

To verify the new model selects better performing candidates, we set up an A/B experiment diverted by advertiser_id. If we stop here and naively run this experiment as is, we may reach a false conclusion caused by the new bandit bias.

However, because the bandit has no data about (4, 5, 6), it has to start from scratch. In particular, at the beginning of the experiment, the bandit will evenly allocate impressions to all three. On the contrary, the bandit in the status quo cohort has figured out photo 2 is the best among (1, 2, 3) and most traffic is allocated to photo 2 already. The following table shows a possible scenario on day 1 of the experiment. Notice on day 1 the CTR of the status quo group is 1.3% but the treatment group is only 0.9%. The bandit will eventually figure out photo 5 is a better performing one and allocate more traffic to it. But until then, the treatment will continue to underperform.

What if we wipe out the bandit history in the status quo group as well before the experiment? This indeed is the cleanest way to compare the two groups, but we will nuke the performance of the whole system, which typically is not acceptable from a business perspective.

What if we remove bandits from the equation during experimentation since we’re comparing the candidate selection methods? This idea does not work. The treatment is the middle step of the system but the success metric is defined only after the bandit does its magic. Because we don’t know which photo will give us the highest CTR a priori, we cannot remove the step that is designed to find the highest CTR. In other words, our experimentation subject has to be the whole system, bandit included.

Some bandits will have more data and hence learn faster than others. In practice, we typically observe a big performance plunge from the treatment group at the beginning but it will be gradually improving throughout the experiment. The real difficulty is to tell when the new bandit bias is small enough such that we can attribute the difference between treatment and control groups to our new model.

In summary, the first lesson we learned is that bandits need to be converged to be comparable. So we came up with a definition of convergence such that when a bandit is declared converged, it won’t cause major new bandit bias.

Intuitively, if a bandit is considered converged, it must be done with exploration and be mainly working on exploitation. We believe this intuition can be further broken down into two subdimensions:

Notice for the bandit to move on to exploitation, it does not need to exactly pinpoint the performance of each arm. For worse performers, knowing “they are worse” is enough.

Inspired by the Upper Confidence Bound algorithm, we use confidence intervals2 (CI) of posterior distributions to define convergence. Our definition of convergence for advertising photo selection is as follows. Note that this definition is not necessarily appropriate for your case. But you can use it as an inspiration.

The 80% CI no overlap rule captures the case when there is a clear winner. Based on our experience, once any arm’s 80% CI is separated from others, the underperforming ones stop receiving much traffic even if their performance estimates still contain much uncertainty (a.k.a., knowing “they are worse” is enough).

The posterior and traffic plot of a newly created bandit that converged under the 80% CI no overlap rule. The solid lines are posterior CTRs of photos and the shaded areas are their corresponding 80% CIs. They are plotted on the linear scale. The dotted lines are impressions the bandit allocated to each arm, in log scale. In the initial phase, the bandit is mostly working on exploration so each arm gets a decent amount of traffic. On day 7, the orange arm’s CI is separated from other arms’ and the other arms only receive about 1-5% of the traffic.

The posterior and traffic plot of a newly created bandit that converged under the 80% CI width drop rule. At day 5, the green & orange arms’ CIs are separated from the blue arm’s. While the bandit stops allocating traffic to the blue arm, the bandit cannot significantly differentiate the green and orange arms so both continue to receive significant traffic.

Unfortunately, even though it may help reduce the new bandit bias, just applying the definition of convergence introduces another bias: convergence selection bias. To explain this bias, let’s consider the following example.

You might dismiss this example since we conveniently mark the best performing bandit unconverged and remove it from comparison. This is not the case; it is a real concern. If we apply the bandit convergence algorithm, then the converged bandits will typically NOT be representative of the whole population. Converged bandits are associated with more traffic in general, and more traffic is associated with more advertising budget, certain advertiser types, more densely populated geolocation and probably some other unknown factors. Because of these factors, the treatment and control balance no longer holds and we re-introduce confounding into a randomized experiment.

Formally, we are running into the selection on post-treatment variables issue. That is, in the analysis, we pick samples based on variables that may be affected by the treatment in some unknown way. Such variables may be correlated with the outcome variable in some unknown way. Therefore, the selected sample for analysis is, in some sense, cherry picked, which is absolutely not okay in experiment analysis. Moreover, because we have to define convergence based on post-treatment variables, in general we cannot get around the post-treatment selection with any definition of convergence.

Coming up with an experimental design

We may frame the convergence selection bias as a form of missing data bias: the data from the unconverged bandits are missing. Therefore, we can draw some insights from the missing data literature.

We combined the recommendations from these papers. Our matched pair design with pairwise deletion and sensitivity analysis goes as follows:

Unfortunately, this design is no panacea. First, as stated in Fukumoto (2015), the matched pair design can help reduce the bias, but it cannot guarantee bias free.

Second, the result we get after pairwise deletion is not an estimate of the average treatment effect. The pairs that have little chance to converge within the experiment window are less represented in the final analysis pool and hence we count their treatment effects less. Formally, the pairwise deletion estimand can be interpreted as a weighted average treatment effect, where the weights are the relative ex ante probability of convergence. But in practice, it means it is difficult to communicate how much effect we can expect if we ship the experiment to the whole population.

Third, this design is complicated and time consuming to perform. So in our work we actually do not perform it unless we have to. Because of the new bandit bias, a negative is not necessarily a true negative but a positive is a true positive. So if a vanilla A/B experiment read (dropping the early period) provides a positive finding already, then we will conclude and ship the experiment.

Compared to full-scale ML, multi-armed bandit is a lighter weight solution that can help teams quickly optimize their product features without major commitments. However, because of its inability in handling high cardinality, we have to couple bandits with a candidate selection step. This practice creates two biases whenever we want to improve the candidate selection step: new bandit bias and convergence selection bias.

Our current recommendation to experimental design has two components: a 80-80 definition of bandit convergence and a matched pair design with pairwise deletion. The former reduces the new bandit bias and the latter minimizes the selection bias. Working together, they deliver a successful A/B experiment on bandit subjects.

The content of this blog is a multi-year effort and we have lost track of all our talented colleagues who have contributed to this problem space. An incomplete list of contributors (with a lot of recency bias) is: Wesley Baugh, Sam Edds, Vincent Kubala, Kevin Liu, Christine Luu, Alexandra Miltsin, Alec Mori, Sonny Peng, Yang Song, Vishnu Sreenivasan Purushothaman, Jenny Yu. I also thank Marcio Cantarino O’Dwyer for reviewing and helpful suggestions.

2: Technically, we should use the term credible interval. But we maintain the terminology confidence interval because, in this context, the difference between the two only introduces unnecessary complications to people who are less familiar with Bayesian statistics.

Become an Applied Scientist at Yelp!

Are you intrigued by data? Uncover insights and carry out ideas through statistical and predictive models.