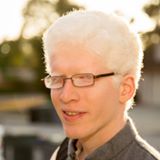 MySQLStreamer is an important application in Yelp’s Data Pipeline infrastructure. It’s responsible for streaming high-volume, business-critical data from our MySQL clusters into our Kafka-powered Data Pipeline.

When we rolled out the first test version of MySQLStreamer, the system operated at under 100 messages/sec. But for it to keep up with our production traffic, the system needed to process upwards of thousands of messages/sec (MySQL databases at Yelp on an average receive over hundreds of millions of data manipulation requests per day, and tens of thousands of queries per second). In order to make that happen, we used a variety of techniques, including smart deployments, running processes on PyPy, and optimizing logs. While some of these delivered a huge bang for our buck, others didn’t. This post will outline a step-by-step approach to optimizing performance of a Real-Time Python Application, outlining the key lessons we learned in the process of getting the MySQLStreamer to process tens of thousands of messages per second.

Our goal was to optimize for increasing the throughput and reducing the application latency. During ideal operations, MySQLStreamer is expected to operate at close to zero latency in real time.

Step 2: Have a way to accurately track these metrics over time

To accurately track these metrics, we use SignalFX. SignalFX is a cloud platform for storing and visualizing time series data and it includes features for building alerts on detectors that help identify system anomalies. Most systems at Yelp use SignalFX as a canonical way of application monitoring and alerting.

Once you configure your system to emit your key performance metrics, you can get easy-to-follow graphs like these:

Throughput measured as a time-series

Latency measured as a time-series

Step 3: Have a system that can detect potential performance bottlenecks

Now that we have a way to visualize our key metrics we can work towards optimizing the code for performance. However, how does one know which part of the codebase to improve? Scanning the entire repository for inefficient patterns could work but quickly becomes overwhelming for large code bases. A much more efficient approach would be to use some kind of code profiler that can highlight inefficient functions. In the context of this post I would define inefficient functions as ones that take longer to run in proportion to other functions in your code’s stack trace.

We leveraged vmprof for this purpose. VmProf is a statistical code profiler for Python. In principle, it samples Python stack traces for a certain time duration and then aggregates the results from those samples to generate a flame graph visualization for the stack trace in terms of percentage time each function takes relative to other function.

Step 4: Ensure that you are running your profiler “correctly”

There are two important points about code profiling:

Generating an online code profile on your production application

To solve this problem, in the context of MySQLStreamer, we used a special instance of our production application, called “Canary” (borrowing from the “Canary in a coal mine” analogy).

Builds for MySQLStreamer application are run and deployed using Jenkins. We configured our deployment pipeline to comprise of three stages in the following order:

The main distinction between Canary and Main is that:

In addition to providing code profiles on production, the Canary instance also lets you experiment and iterate quickly on code changes to improve performance.

Make sure the application is completely “saturated” before running the profiler

Let me explain this concept with two hypothetical scenarios:

Code profiles taken during (A) are less interesting because all you see in the flame graphs are some functions calls that are blocked on IO. In the case of the MySQLStreamer, these manifest as binary log reads from MySQL. On the other hand code profiles taken during (B) are a significantly more accurate depiction of time spent in various function calls during the application’s lifecycle.

We need the system to be in a saturated state (Scenario B) to get valuable profiles, but the system may not be in this state all the time. As a result, we need to “force” our application to get to this state. The way we did this in the MySQLStreamer was by:

The picture below captures the saturated state of the application. Notice how the Latency is decreasing while the Throughput is mostly staying constant.

Step 5: Use the results of your profiler to isolate performance bottlenecks

Let’s revisit the MySQLStreamer flame graph from earlier. As you can see above, the application is spending most of its time in publish() and _get_events() functions. These correspond to reading from MySQL binary log and publishing to Kafka respectively. This is not surprising given that these operations are IO bound.

MySQLStreamer also spends a significant amount of time serializing data into AVRO format. Cost of this serialization operation is paid by the build_message() function. Because the logic for AVRO serialization is completely inside python there is definitely some scope for future improvement here.

Once you have good profiles and are able to isolate performance bottlenecks, the next step is to make changes and observe your key performance metrics. After trying a number of different approaches to improve the code performance of MySQLStreamer, we learned the following lessons:

Logging can be Expensive

This can be explained by the following code example

In the above example, the global log level is set to INFO which means anything below INFO logging precedence does not make it into the log file. Hence the price paid for object serialization is unnecessary and can be avoided altogether. This small little trick provided a huge win in our application performance.

Focus on the code that runs often

I will try to explain this point using an example. The high level algorithm for MySQLStreamer would look something like:

Notice that process_event() gets called exactly every data event in MySQL binary log, so any code optimization inside process_event() will result in significant boost in the application performance.

In principle, MySQLStreamer subscribes to Data Events from MySQL and publishes them to Kafka. We observed that by increasing the batch size of requests to Kafka from 500 to 3,000 we were able to extract a large amount of performance from the system.

One thing to note here is that we cannot simply keep pushing the batch size up with the hope to get linear growth in performance. If we do that, the application starts to defy the principles of a real-time system. As a result, it’s important to strike a balance between performance and real-time-ness.

Run your application on PyPy

PyPy performs extremely fast due to its Just In Time compilation and uses far less memory than CPython. We have seen 2X-3X improvement in application performance after upgrading from CPython to PyPy. In total, our team successfully runs 3 PyPy applications in production and has been running them for more than a year and a half without any issues.

“If you want your code to run faster, you should probably just use PyPy.”

To conclude, here are the steps to keep in mind while trying to performance-optimize your real-time application: