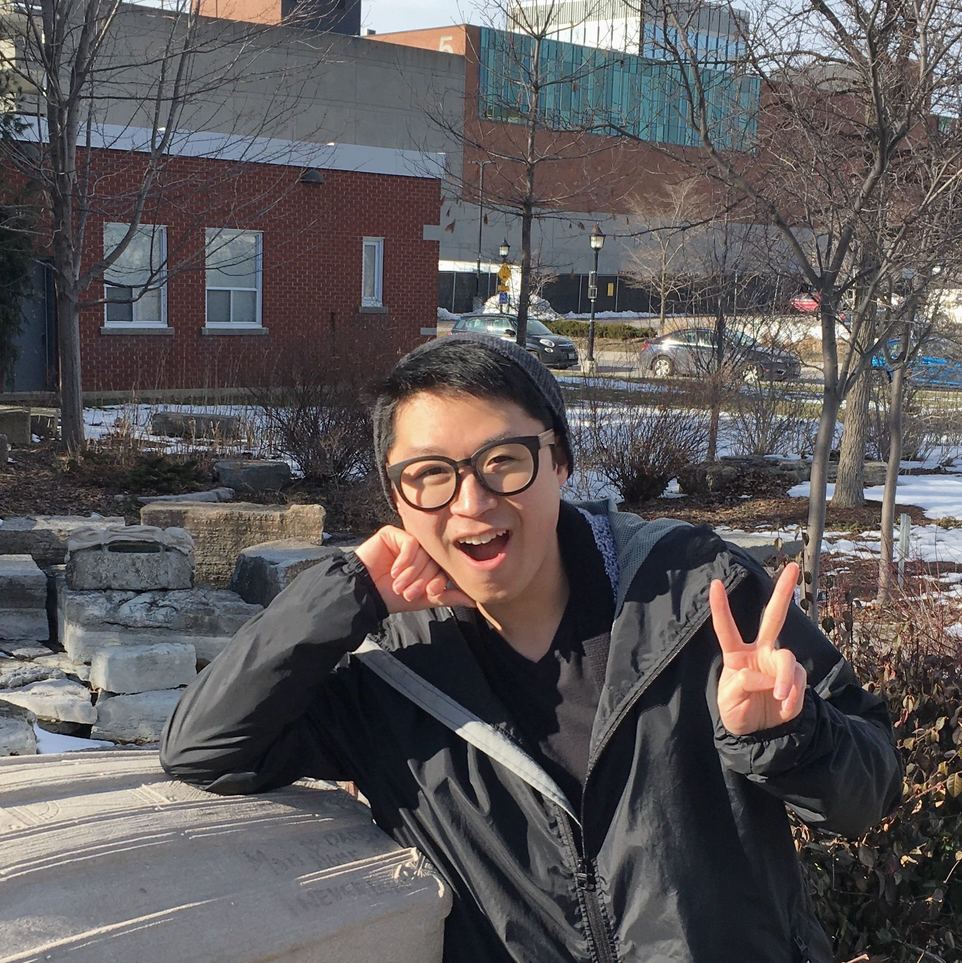 Since Yelp introduced its real-time streaming data infrastructure, “Data Pipeline”, it has grown in scope and matured vastly. It now supports some of Yelp’s most critical business requirements in its mission to connect people with great local businesses.

Today, it has expanded into a diverse ecosystem of connectors sourcing data from Kafka and MySQL, and sinking data into Cassandra, Elasticsearch, Kafka, MySQL, Redshift, and S3. To ensure that the whole ecosystem is functioning correctly, Yelp’s Data Pipeline infrastructure is continually growing its repertoire of reliability techniques such as write-ahead logging, two-phase commit, fuzz testing, monkey testing, and black-box auditing to verify the behavior of various components within the ecosystem.

Black-box auditing is an essential technique we employ to verify the behavior of every individual component within Yelp’s Data Pipeline infrastructure. It’s particularly useful because it does not rely on any assumptions about the internals of the components. In this post, we’ll explore how we designed a novel algorithm to black-box audit one of our most critical flows: replicating data from MySQL into Redshift.

In this design, we chose to make the replication between MySQL and Redshift eventually consistent by favoring the availability of a MySQL database, instead of requiring acknowledgements from all downstream consumers, ultimately opting for asynchronous chain replication.

In the face of transient logical errors and machine failures, we needed a way to prove replication was reliable between MySQL and Redshift. To address this concern, we designed a black-box auditing algorithm to build trust that the replication was consistent (or eventually consistent to be specific).

The anti-entropy repair algorithm can be summarized by the following steps:

This algorithm is very resource intensive in terms of disk I/O as it aims to minimize network utilization. As a result, Cassandra provides incremental repair that utilizes an anti-compaction process that segregates repaired and unrepaired data to successively reduce the cost in performing repairs.

Why didn’t we use anti-entropy repair to black-box audit end-to-end replication integrity between MySQL and Redshift? As alluded to in the prior section, anti-entropy repair is highly effective in systems which can segregate their data into partitions which are repaired and unrepaired.

At Yelp, there is no universal method of snapshotting MySQL and Redshift to align their snapshots for proper segregation into repaired and unrepaired partitions for black-box auditing with anti-entropy repair.

Furthermore, as propagation delay in an eventually consistent system reduces the integrity between replicas, a uniform distribution of writes can potentially invalidate all partitions from utilizing hashes for equality, regardless of the size of the partitions.

Thus, the anti-entropy repair algorithm would state the data between MySQL and Redshift to be fully inconsistent unless a one-to-one projection of the data to hashes was saved to disk, which is a prohibitively expensive solution.

To solve the issues of the original anti-entropy repair algorithm, our algorithm to black-box audit end-to-end replication integrity between MySQL and Redshift can be succinctly summarized by the following steps:

Overall, this algorithm is very similar to the original anti-entropy repair algorithm except for the addition of hashing for similarity testing.

To hash for similarity testing, we opted to use MinHash to estimate the Jaccard similarity coefficient between two sets, primarily MySQL and Redshift.

Finally, MinHash is a technique that estimates the Jaccard similarity coefficient between two sets, by the observation that the Jaccard similarity coefficient is equivalent to the probability of a set of minimum hashes generated from k different hash functions being equivalent across the two sets. This estimation has an expected error of O(1/\sqrt(k)).

Too Succinct, Where’s the Details?

Using SQL, the algorithm benefits from data locality to be network efficient by generating scores from MySQL and Redshift in sub-linear or constant space. Furthermore, Redshift’s distributed query execution engine executes the SQL as a highly-parallelized MapReduce job that executes in seconds.

More Details Through an Example

The following example will provide a sample set of SQL statements that accomplishes Steps 1 to 4 of the algorithm to generate hashes for equality testing and hashes for similarity testing. These hashes will be consumed by another process that will illustrate how inconsistent partitions are identified.

The following SQL statements can be executed on MySQL and on Redshift to generate hashes for equality testing and similarity testing per partition.

Action 1 illustrates how each replica is snapshot by utilizing consistent-read semantics provided by a transaction with a consistent snapshot.

Action 2 illustrates how each replica is partitioned by floored division with fixed-sized partitions on the partition key.

Actions 3, 6, and 10 illustrate how all the row-level hashes of a partition are mixed by vector summation to generate a partition-level hash to be used for equality testing.

Actions 4, 5, and 11 illustrate how all the row-level hashes are seeded to be permuted by the h(x) - mod(a * x + b, p) ^ m hash family into partition-level, k=4 MinHash values to be used for similarity testing.

Utilizing the signatures S0, S1, S2, and S3, which were generated for equality testing, we can state the following with confidence:

Luckily, the MinHash values MH0, MH1, MH2, and MH3, which were generated for similarity testing, can be utilized to relax such harsh conclusions by introducing some uncertainty. If we apply the MinHash technique to Partitions 2 and 3, then we would respectively estimate the Jaccard similarity coefficients to be 3/4 or 0.75 and 4/4 or 1.0, both with an expected error of 0.5. These estimated Jaccard similarity coefficients suggest that Partitions 2 and 3 are not drastically different between MySQL and Redshift. Hopefully, such a suggestion would relax operators from eagerly repairing transiently divergent partitions.

Scoring Consistency between MySQL and Redshift

In practice, to effectively respond to a black-box audit of the end-to-end replication integrity between MySQL and Redshift, we use a bounded score of their consistency/similarity such that we can escalate incident response if the bounded score falls below desired thresholds. The following is the formula we used to calculate the bounded score.

The following list explains all the symbols within the formula.

This score is akin to the Jaccard similarity coefficient. Thus, for the previous example, the actual Jaccard similarity coefficient between MySQL and Redshift is 30/34 or 0.882. Meanwhile, its bounded score is 0.938 bounded by 0.688 and 1.0. Although 0.938 is fairly close to 0.882, such a wide bounded score is unsettling. In practice, we utilize higher values of k to restrict the bounds for increasing accuracy for a trade-off in network efficiency and time efficiency.

At Yelp, we use either the old or the new anti-entropy repair algorithm to audit end-to-end replication integrity between many MySQL and Redshift tables. By analyzing the distribution of writes per table, we opt to use one algorithm over the other, optimizing accuracy versus performance.

These algorithms deliver daily reports that state the overall similarity scores between MySQL and Redshift tables. If an overall similarity score is below a specified threshold, its report lists all the divergent partitions between a pair of MySQL and Redshift tables. These reports empower operators to investigate and resolve potential problems within the Data Pipeline infrastructure.

To conclude, I hope you’ve enjoyed learning how we designed our own black-box algorithm to verify end-to-end replication integrity between MySQL and Redshift and encourage you to explore how your own systems can benefit from the use of black-box auditing!

The work discussed within this Yelp Engineering Blog post was completed as one of my projects during my internship with Yelp at the San Francisco office in Summer 2017. Yelp has a phenomenal internship program in which interns can join a wide breadth of teams to work on exciting and relevant work as if you were a full-time software engineer. Yelp’s commitment to help interns enjoy their stay in the company and the city is fantastic. At the time of writing this post, I am completing my third internship with Yelp. For any students actively looking for internships, visit https://www.yelp.com/careers/teams/college-engineering.